La Quinta Columna is a group of Spanish scientists that investigated COVID-19 vaccines in the laboratory of Almeria. They’ve been sending out their findings continuously into the world via video streams ever since. Their message in short goes like this.

All COVID-19 disease symptoms are the result of deliberate graphene oxide poisoning and electromagnetic radiation poisoning.

Graphene oxide is in vaccines, in PCR tests and lateral flow swabs, in masks, in packaged meats, in tap water, bottled water and even rain water.

Other properties of graphene oxide

We now have all pieces of a puzzle to engineer a pandemic and mass murder.

The media dramatizes the events causing *fear.
People get scared and fall back on misplaced trust in the government and its killer protocols.

Target individuals with 5G beams if necessary to induce synergistic GO-EM radiation poisoning. On a side note, notice when you pronounce GO-EM, it sounds like goyim.

* Stress is known to deteriorate the immune system.
* Fear, especially for a prolonged fear demolishes ones health.
* A word of caution before running off buying NAC or glutathione supplements and one has to wonder if anything can be trusted from the pharmaceutical industry.
* Though Ivermectin & Hydroxychloroquine could help, again, I don’t trust anything from the pharmaceutical industry. There are reports e.g. from Robert Young that show parasites in the vial content. These drugs kill parasites. I also suspect these drugs could aid in oxygen transfer or uptake after EM radiation caused havoc. Though I’m not sure about the parasite matter, nor the oxygen matter, if that would be true, it makes sense to ban these drugs to suppress that information from coming out.

Others jumping on the GO bandwagon

Remarks and criticism in italics.

I agree LQC’s work looks credible but miss Ruby and me thinking that doesn’t add to the weight of proof.

Yet I cannot find photos or videos from that research on his website or elsewhere.

Pharmaceutical business analyst Karen Kingston also appeared on the Stew Peters Show claiming 100 percent, GO is in all vaccines based on lipid nanoparticles (LNPs) like Moderna and Pfizer. More precisely, the PEGs on the outer lipid shell of the LNPs would contain graphene oxide.

Unfortunately, Kingston went out of her way to make it seem as if PEG manufacturer Sinopeg wrote that on their website under COVID-19 vaccine excipients. Turns out however after a closer look on the site, she was actually showing a Sinopeg news page. In my books, that’s deception.

Doctor Robert Young published an article with electron microscopy photos of vaccines on his website.

Ramola D. video interviewed him in context of this work, Jane Ruby did a shorter coverage of his material and The Resistance 1776 did the most recent interview with Young.

Dr. Young adds new material to the discussion e.g. he found parasites, stainless steel composites and confirms graphene oxide according to his standards.

Related or not, shortly after, Japan withdrew 1.6 million Moderna doses stating “there’s magnetic material in the vials, it could be metals”.

I compared his parasite picture with pictures on the web. The contours differ too much to my taste to be a conclusive match. The vaccine “parasite” looks micro-mechanical to me, reflected in his material analysis which shows metals.

A little later I found information saying the parasite Young mentioned, Trypanosoma Cruzi, can cause myocarditis.

At any rate, those particles don’t belong in “vaccines” and it’s a great find.

Graphene Flagship has an interesting panel for their ethics advisory board. Including Ursula Hohlneicher, a senior compliance officer from vaccine manufacturer AstraZeneca. She’s responsible for Graphene Flagship’s compliance in regard to graphene and health applications. Also on the board, is Steven Savage, a research director from the Swedish Defence Research Agency. How reassuring.

The European Commission’s interest in the human brain becomes even more clear with the Horizon 2020 umbrella project, reflected in their funding that pilled up to 30 billion euro.

Remarkable to see how much European tax payer money is wasted on graphene and obtaining intimate knowledge of our brains. Supposedly this knowledge is meant to “help us” and it would never be used against us (sarcasm).

Coming back to LQC’s claims graphene oxide is in the vaccines, these European projects sure do provide a great cover for the financial and material flows such an operation would generate, if not blatantly stealing tax money to fund it.

You can activate neurons if you are able to heat them up.

Different forms of graphene oxide absorb 4G and 5G frequencies like 2.4, 5, 26, 42 GHz and so on. When GO absorbs these frequencies, it heats up.

If the GO is attached to a neuron, the neuron will heat up which changes its electric potential.

Another point of entry, using the same logic, is GO attaching to temperature-activated ion channels, or one could introduce genetic code into the neuron that codes to an ion channel that responds to radio frequencies.

Here’s another interesting train of thought concerning the speed of thoughts versus 1.2 nanometer carbon tubes and 41.6 GHz frequencies (5G range).

This topic is a huge rabbit hole. Here are some channels that have been digging quite obsessively.

The link between the hexagon graphene icon and occult symbolism.

In the video, Delgado goes over a PDF from researcher Mik Andersen who published all information on his website https://corona2inspect.net/.

The site has become unreachable last time I checked but there are backups on archive.org and orwell.city has an article on it too with a summary version of the PDF.

Who are the people of La Quinta Columna?

Basically all their videos are in Spanish with Ricardo Delgado Martin and José Luis Sevillano as the hosts and main speakers. Their Spanish connections reflect in their content, as they take interest in Chile and their 5G president, the 2019 GO flu vaccine in Argentina and the 5G rollout in Brazil.

As all content is in Spanish, a blog called orwell.city fills in the gap by translating and subtitling La Quinta Columna’s content to English. Orwell.city publishes the videos on its blog, Bitchute and Rumble. His account alias on both video platforms is Orwellito. Orwell.city’s translations play an important role but the blog states it’s not affiliated with La Quinta Columna.

La Quinta Columna (LQC) streams regularly on their Facebook page with 27 500 followers at the time of writing. Looking at the profile picture and the name of the page, it actually belongs to Delgado’s girlfriend. Recently LQC started streaming on Twitch.

José Luis Sevillano is a Spanish house doctor who lives in France. I checked his house or practice on Google Maps. The house and the area look rather modest.

Delgado then sent the vial to the university of Almeria via the postal service.

Virologist Martìn Monteverde exposed GO in the 2019 flu vaccine and science corruption in the COVID-19 debacle.

This listing is non-exhaustive. There are many other people that make an appearance in their videos.

Scouting the web for the name Ricardo Delgado didn’t yield much information.

I did find however there are quite some people with the name Delgado working for the World Bank and United Nations, true globalist organizations. It’s not clear if these people are family or merely share the name. Delgado however has a master in banking and finance, as stated on laquintacolumna.net. 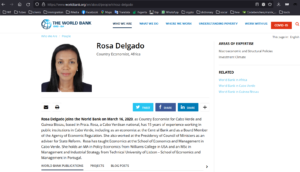 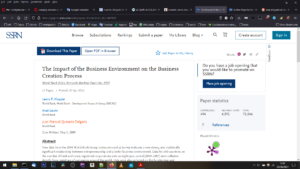 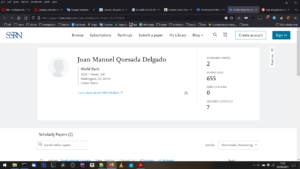 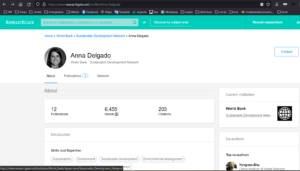 There’s another noteworthy name share with José Manuel Rodríguez Delgado, a pioneer in mind control with the iconic footage from 1960 of a bull with a wireless mind control device surgically attached to its head.

LQC brings awareness to 5G mind control by pointing out the Chilean president literally spelled out machines can read and modify our thoughts on a 5G conference.

Delgado shows own photo, says it’s from the literature

I suppose he wanted to make his case more convincing but it’s cheating, a no-no in the truth arena.

Kingston is not part of the LQC crew. I included it here again because it ties in with this chapter.

I got a comment on this chapter with healthy criticism. Most points I was already aware of from my research before publishing this article.

I discussed the comment with a dear intelligent friend who has a Spanish intelligent girlfriend.

They pointed out the TV-channel Torro TV is a popular channel in Spain that pumps out truth bombs continuously. I can only applaud such endeavors. The comment also pointed out the bull is ingrained in Spanish culture e.g. bull fighting so it follows many Spanish truth seekers will get angry over this.

In the end this is a truth seeker blog and one should regard this analysis of symbolism as a possibility that could be wrong. Wrong or not, there’s stuff to learn from it so I decided to keep it.

I invite everybody to think bigger. The control structures in use today are ancient. The control it exerted has been going on for thousands of years. Could it not be that the integration of the bull and bull fighting into Spanish culture was deliberate?

Let’s not forget, a bull eventually dies in this form of entertainment.
Is that entertainment for a loving society or an animal sacrifice for a death cult?

Staying on the track of thinking bigger, surely many readers know the lies and deceptions are numerous and of huge size. At one point the question had to be asked, is the graphene oxide story a psyop?

This chapter serves as a stick in the door like, this story is important but stay alert.

LQC educated the masses with information that brought light to phenomena for which nobody had any decent explanation. Information one can work with and test.

LQC spelled out clearly, continuously, fearlessly, this is mass murder, to a large audience.
I think it’s courageous and valuable.

The COVID-19 agenda was mass murder even before graphene oxide.
Anybody hammering that issue is doing great work.

Quote from Andreas Noack, a graphene expert who died shortly after making the video with this statement. Some think he was murdered with microwave weapons.

Ricardo Delgado measuring volts and EMFs from a magnetized head

Silas Speaks
Graphene Oxide: A Way to Kill and Control?

An overview by The Resistance 1776

Viruses do not exist

German doctors’ microscopy of Pfizer vaccine and blood from patients

We use cookies on our website for an optimal experience and analytics. By clicking “Accept”, you consent to the use of all the cookies.
ACCEPT
Manage consent

This website uses cookies to improve your experience while you navigate through the website. Out of these, the cookies that are categorized as necessary are stored on your browser as they are essential for the working of basic functionalities of the website. We also use third-party cookies that help us analyze and understand how you use this website. These cookies will be stored in your browser only with your consent. You also have the option to opt-out of these cookies. But opting out of some of these cookies may affect your browsing experience.
Necessary Always Enabled
Necessary cookies are absolutely essential for the website to function properly. These cookies ensure basic functionalities and security features of the website, anonymously.
Functional
Functional cookies help to perform certain functionalities like sharing the content of the website on social media platforms, collect feedbacks, and other third-party features.
Performance
Performance cookies are used to understand and analyze the key performance indexes of the website which helps in delivering a better user experience for the visitors.
Analytics
Analytical cookies are used to understand how visitors interact with the website. These cookies help provide information on metrics the number of visitors, bounce rate, traffic source, etc.
Advertisement
Advertisement cookies are used to provide visitors with relevant ads and marketing campaigns. These cookies track visitors across websites and collect information to provide customized ads.
Others
Other uncategorized cookies are those that are being analyzed and have not been classified into a category as yet.
SAVE & ACCEPT
Go toTop